Having tubes put in kids’ ears is one of the most common procedures for babies and toddlers under 2 years old with nearly a million going into the operating room every year. Now, it doesn’t have to be performed in a hospital or surgery center.

One-year-old Elaina Pearson is hearing better then she has in months after suffering through five ear infections between January and March.

“We didn’t even notice with her being so young, she couldn’t hear that well,” explained Leanne.

Leanne finally hit a breaking point with antibiotics and made an appointment for tubes to be placed in her daughter’s ears under the usual general anesthetic in early April. But her appointment was cancelled due to COVID and restrictions on elective surgeries at the time. That is when St. Cloud, Minnesota ear nose and throat offered an alternative. This time, no general anesthetic required.

“It was a no-brainer for me at that point,” she said. “Because I was a little nervous anyways having your child have that stuff in their system.”

Dr. Ted Truitt is the primary author and one of the lead investigators for a clinical trial which brought together a group including the Mayo Clinic, HealthPartners, and Cedar-Sinai for one of the final steps before FDA approval of what’s called the Hummingbird procedure. It’s just the second procedure of it’s kind allowing doctors to put tubes in and help ventilate the eardrum as it should — without having to be in a hospital operating room or surgical center. 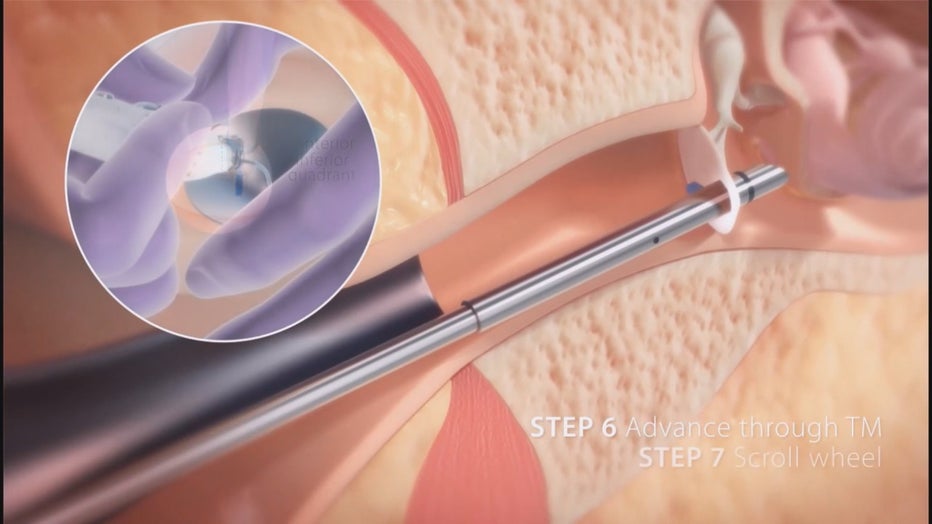 The moment protections stabilizing Elaina lifted, she was back in mom’s arms. Dr. Truitt says he loves having an alternative for patients.

“Even though it’s a quick anesthetic, I think it’s safer for kids if we can possibly avoid it,” he explained.

For the Leanne, the quickest option to protecting her baby girl’s hearing and speech development was music to everyone’s ears.